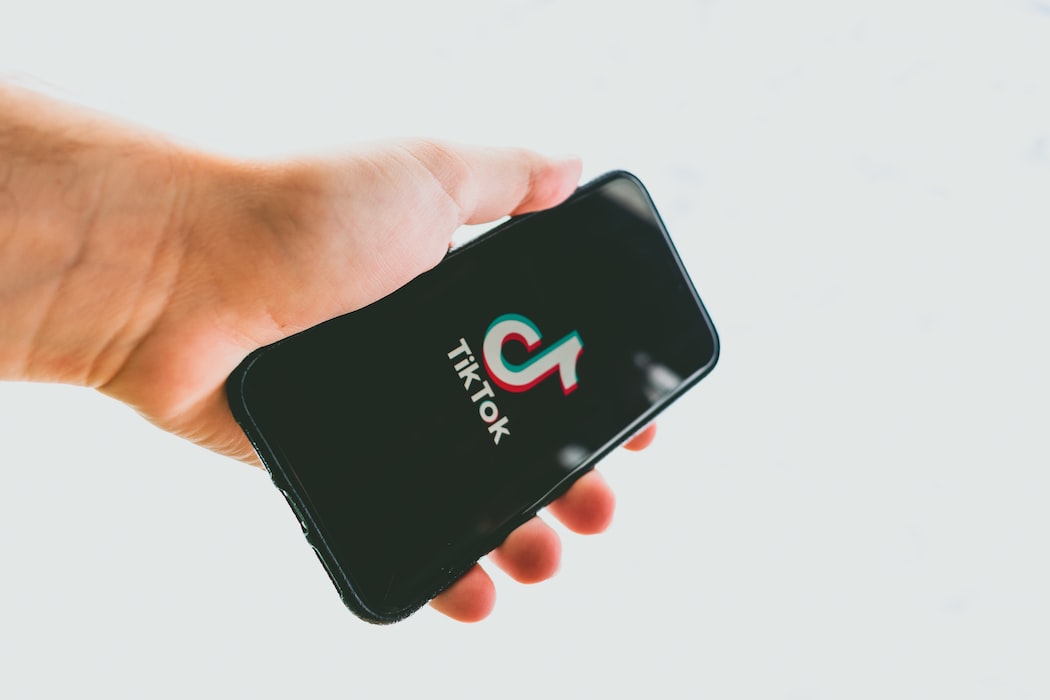 US Threatens to Ban TikTok

Much like its ancestor Vine, the days of TikTok may soon be over.

Amid concerns regarding the recent Chinese national security law that will stifle Hong Kong’s social and political freedoms, Secretary of State Mike Pompeo suggested on July 6 that the United States is seriously considering blocking many Chinese apps and social media platforms, “especially TikTok.” The US would not be the first country to do this; India recently banned a total of 59 Chinese apps over national security concerns and heightened tensions between the countries. Tensions between the US and China have been increasing steadily for years, and it seems quite possible that those tensions might manifest in a social media ban. Despite TikTok’s recent efforts to distance itself from its home country of China, the popular app is at the top of the US government’s list of concerning platforms. Secretary Pompeo told Fox News that Americans should only use TikTok “if you want your private information in the hands of the Chinese Communist Party.”

Some Americans criticize the government for being quick to condemn TikTok’s data-mining practices without taking action against similar practices done by American social media companies. Still, reports of TikTok censoring content critical of China and possibly even violating US federal law with its data collection practices are worrisome. Heightened tensions surrounding Beijing’s crackdown on freedom of expression in Hong Kong are an additional cause for concern for TikTok users.

Hong Kong has been in the news a lot over the past year as it has erupted in protest against China’s growing attempts to exert power over the semi-autonomous city. Since 1997, when the United Kingdom ended its colonization of Hong Kong and gave the Chinese government control, Hong Kong has operated with an independent legal system, government, currency, and social and political freedoms not present in the rest of China.

The Chinese parliament passed a law quietly on May 22 that has the potential to challenge Hong Kong’s autonomy in significant ways. The new national security law will allow officials from Beijing to operate in Hong Kong for the first time and gives the Chinese government authority over the Hong Kong government. Some additional aspects of these laws that are concerning to Hong Kongers include: 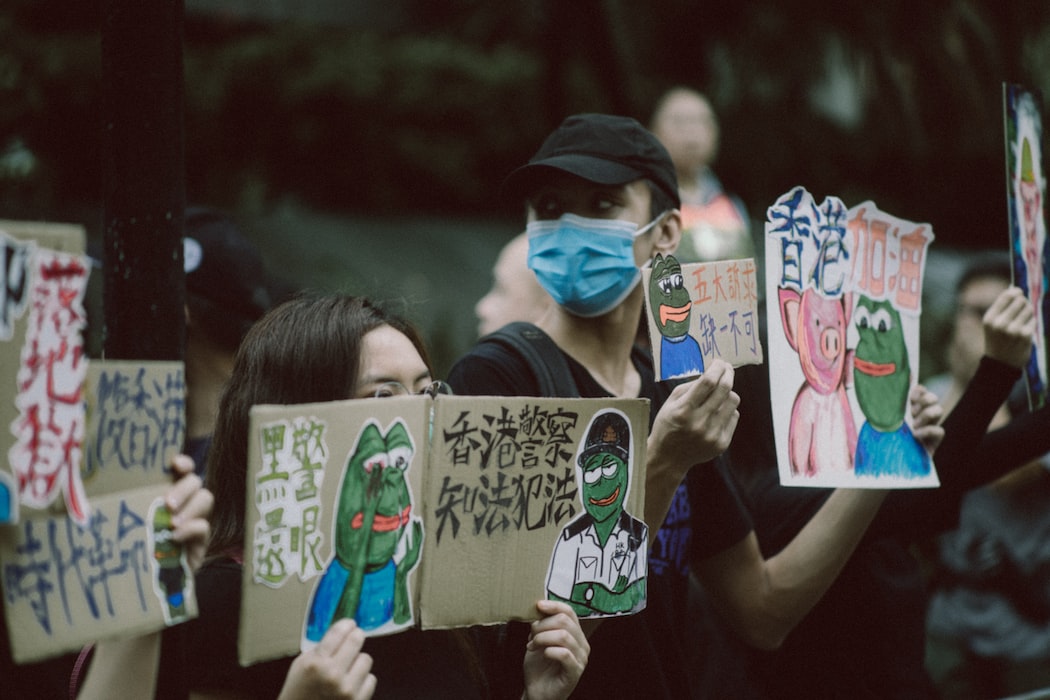 While the Chinese government promised to maintain the “one country, two systems” relationship with Hong Kong for a minimum of 50 years when it assumed control over the city in 1997, the national security law threatens to weaken that relationship. Vague national security laws like this one have been used elsewhere in China to prosecute anyone critical of the government in Beijing, human rights activists, journalists, and lawyers. Hong Kong, a city on fire with anti-China and pro-democracy sentiment, fears that people who pose no threat to Chinese national security but express dissent will be prosecuted and imprisoned. As citizens of Hong Kong fear arbitrary punishment, many worry that the law will indirectly increase media self-censorship and make people wary to vote for pro-democracy candidates in local elections.

Due to these concerns over arbitrary arrests, many citizens of Hong Kong are beginning to take precautions to remove any evidence of dissent that could be potentially disastrous under the new law. Despite taking to the streets in protest, residents are still deleting their search history in anticipation of the national security law going into effect.

In response to the sweeping national security law, TikTok stated on July 7 that it would be leaving Hong Kong and suspending all operations in the city within a matter of days.

TikTok argues that by having an American CEO and a large number of US-based staff, potential Chinese oversteps into Hong Kong's political freedoms will not impact privacy protections on the platform. However, TikTok’s parent company, ByteDance, remains based in Beijing, and US officials remain concerned that privacy violations will continue despite the nationality of the platform’s new CEO.

China is not known for having strong online privacy protections (it has none, but a lot of media censorship). Despite the company’s assurances that it has never and would never provide user data to the Chinese government, the app has been found to remove content critical of Beijing as well as videos addressing sensitive topics such as the Hong Kong protests or Tibetan independence. Whether or not Beijing has access to TikTok user data, the app’s track record of censorship concerns many leaders in the US and elsewhere.

When explaining the rationale behind a possible TikTok ban, Secretary Pompeo and the rest of the current US administration seem to be primarily concerned with TikTok’s relationship to the Chinese government. However, there is evidence that TikTok may not be conforming to US privacy laws either, even if one believes the company spokesperson who promised that TikTok has never and will never turn over user data to Beijing. Considering that US privacy laws are very limited - with most of the country having no privacy legislation for adults - the fact that TikTok fails to meet even these minimum standards should concern all current or potential app users.

The Child Online Privacy Protection Act (COPPA) was passed in 1998. The law allows the Federal Trade Commission (FTC) to regulate websites, apps, and other online platforms with users under the age of 13. Online services are forbidden from collecting personal data from children under 13 without parental consent, and are legally required to delete children's personal information from their records. Any profiles of children under 13, including social media content, must be kept completely private - no other users are permitted to view a video in which a child is depicted, for example - and for this reason, most social media platforms do not permit users to make accounts before the age of 13.

TikTok has a very young user base, including some who still fall under the protection of COPPA. The app’s young demographic, along with its predecessor Musical.ly’s known COPPA violations, has put the FTC on alert regarding TikTok’s compliance with the law.

Before TikTok became as popular as it is today, it was called Musical.ly - a lip-syncing app that was primarily popular with children and teenagers. The FTC found that Musical.ly had collected the emails, names, addresses, videos, etc. of children under 13 without parental consent. Additionally, personal information on Musical.ly was public by default, meaning that adults were easily able to view young users’ content and directly message children on the app. In response to FTC's concerns about its predecessor’s behavior, TikTok promised to obtain parental consent before collecting personal information and to delete personal information for any users identified to be under 13 or whose ages were unknown. As of May 2020, TikTok has not changed its policies to meet these demands and is continuing Musical.ly’s legacy of COPPA violations.

TikTok does require users on its main platform to be at least 13, but as there is no age verification system, children can simply enter a fake birthday and operate an account normally. Even if someone currently has an account on TikTok for Younger Users - the company’s platform for those 12 and under - they can delete the account, enter a new birthday, and create a regular TikTok account without issues. Children’s privacy advocacy groups such as the Campaign for a Commercial-Free Childhood have strongly criticized TikTok for not implementing a stricter age verification system and for knowingly failing to meet COPPA requirements even after FTC probing.

Americans concerned about children’s safety online, including their vulnerability to predators, have spoken out against TikTok's privacy practices. While a US TikTok ban would be primarily motivated by concerns about Chinese surveillance through the app, it may also have to do with the company’s unwillingness to comply with federal privacy standards.

Implications of a TikTok Ban

The US government’s decision to ban TikTok and other Chinese platforms over privacy and national security concerns seems increasingly likely in the wake of the Hong Kong national security law and India’s decision to ban Chinese apps. Such a move by the US could potentially serve to further escalate tensions between the two countries. Additionally, the Trump Administration must consider the implications of such a ban on freedom of expression in the US; is it more important to protect Americans from unconfirmed foreign surveillance, or is it better to allow Americans to choose for themselves whether or not to take that risk?