Is it legal to use a VPN in India?

The lack of Internet freedom in India has led Internet users to seek a way to secure their privacy and anonymity. In order to stay protected online, keep one's browsing history safe and access geo-restricted content, using a VPN is necessary. The question remains - is it legal to use a VPN in India?

Using a VPN in India is very similar to most other countries. There is no specific law banning the use of a Virtual Private Network. So its common uses such as preventing trackers and shifting location are without any repercussions. However, if the VPN is used with illegal or illicit websites, including uses such as copyright infringement or accessing websites associated with unlawful activites may be subject to cybercrime laws. Here are some of the legal uses of a VPN in India:

Reasons to use a VPN in India:

User location and country of use often changes the product experience, seen in cases such as certain titles unavailable in one Netflix region, but readily accessible in another. These geo-restricions have limited access to the app, and even content within it.

India is known to have approximately only 11 percent of the Netflix library in the US. Until recently, popular shows such as Friends, Modern Family and The Office were nowhere to be found. With the difference in the number of titles being around 4000, it is no wonder why you may want to access the content that has been missing.

There is also the worry of censorship of Netflix and Amazon Prime content. Content depicting scenes that are restricted by the country's Media boards such as the Information & Broadcasting ministries, may simply be taken down or censored in any way.

To ensure continued, uncensored access to Netflix and other services, a VPN is the only method that can be used reliably. When in use, the app behaves as if the data is accessed from a different country, perhaps the USA. 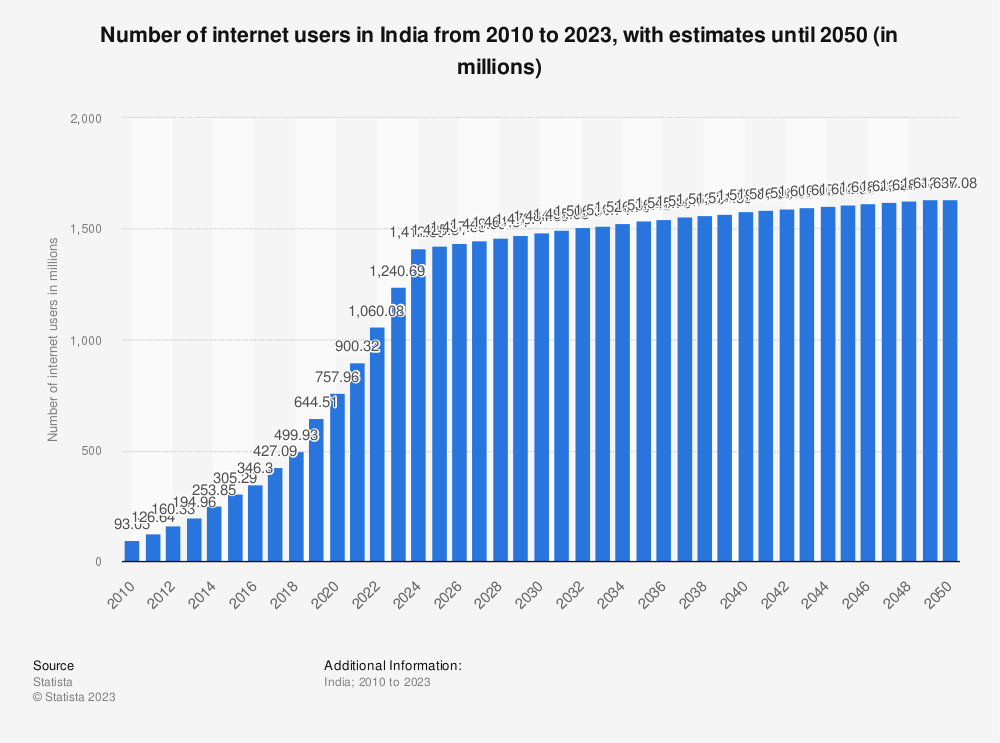 2. Protect Yourself From Government Surveillance

India has been planning to implement mass surveillance through online platforms, much like the methods that are currently in place in China. The country has called for the establishment of a regulatory body to manage internet services. There is also speculation of a similar regulatory body for news platforms.

Net neutrality has been a big topic of contention in India, with the country having some of the strongest net neutrality laws and regulations.

An example of this in action is the ongoing case in India filed by Facebook. The case aims to prevent the government from forcing WhatsApp, a Facebook subsidiary (with India as its biggest market with more than 400 million users), to enable revealing the source of messages exchanged on the messaging platform.

A VPN helps to prevent these activities from continuing, by simply masking your preexisting IP address, and not allowing ISPs to control data throughput or data inspection.

Due to a recent exponential growth in the number of smartphone users in India, Internet usage across the country has gone up, with more users being introduced to the Internet every day. The growth can be attributed to the Indian telecom company, Jio, which offered free services such as mobile data and public hotspots.

The number of users using public Wi-Fi and unsecure open networks is very high. Publicly available Wi-Fi networks, such as hotspots in places of social gatherings (parks, malls etc.) are commonly used. However, these networks often have outdated and antiquated security in place. Other malicious users on the network can intercept network traffic and gain unwanted access to users devices. This is a known tactic among cybercriminals and is quite easy to execute without a noticeable trace.

Using a VPN in such settings prevents the data sent to be held and captured by the malicious agents. This also applies for the use in airport settings, where similar unsecure networks are at play.

Legality of VPNs in India

India does not have any 'anti' VPN laws in place. It is known that as long as the uses of the VPN are aligned with the legal uses of the Internet in the country, there shall not be an cybercrime applicable. It is implied that banned websites and illicit activities may still not be permitted.
Cases of Internet kill-switches being imposed in areas such as Jammu and Kashmir, due to rising tensions and political unrest, has led to people resorting to VPNs and other services in the past.

With the risks of data privacy and potential government/individual tracking due to activity, the use of the Internet may not always be easy or possible in India. A VPN cures most of the problems associated with this and simply makes the experience much safer and more accessible.

With the risks of data privacy and potential government/individual tracking due to activity, the use of the Internet may not always be easy or possible in India. A VPN cures most of the problems associated with this and simply makes the experience much safer and more accessible.